To avoid any confusion, here’s a quick disclaimer: this is not based solely my personal experience though that has definitely colored my perception. From what I’ve heard, this can apply pretty much across the board.

So you’ve decided to add a youth minister to your life… Congratulations! Your life is about to get a lot more exciting. Youth ministers can be wild and unpredictable, but also very loving and affectionate. Taking care of your youth minister does entail some special considerations. Left on their own, the average life-span of a youth minister is frequently only 18 months or less, but with proper care, your youth minister may last much longer. In the right circumstances, some have been known to thrive for 20-30 years!

• Do not isolate your youth minister.

• The office may be your pastor’s preferred habitat, but too much time in an office may make your youth minister suffocate.

• It is often assumed that your youth minister will feed himself. While this is true to a degree, youth ministers still need to be fed by others. Many people simply drop their youth minister off in their environment and then ignore them until they starve or until something goes wrong.

• Youth ministers can be fed on the job in many ways: encouragement, listening, support, prayer, volunteering, and others. Make sure you also feed them outside of their job through friendship and relationship.

• Youth ministers often spend so much time feeding students that they forget to eat. Make sure that they have plenty of meals and plenty of time to eat them.

• Remember that your youth minister is an individual and may be very different than other youth ministers you’ve had before. Don’t expect two youth ministers to do things in exactly the same way, even if one had success with their methods in the past.

• While youth ministers and senior pastors share many similarities, they are not the same thing.

I ran across another great quote from Mike Yaconelli at the close of Getting Fired for the Glory of God. I may come back to this with some commentary later, but for now, I’ll let it stand on its own.

When I was 20, I knew everything about Jesus. I swaggered into high schools afraid of no one’s arguments. The Bible was true, Jesus was God, and we all needed him. I still believe those things, but the swagger is more like a limp now. I know Jesus, but I don’t know much about him. I love the Bible–it’s even more true to me today than it was 40 years ago–but the truth I see is now more complicated and mysterious. Jesus is very real to me, but he’s also very elusive. Sometimes I wonder if I’m following him, or he’s following me. Life has left its scars on me. My soul is thick and leathery, faded and torn, knocked around a lot. I’m not as sure about things as I used to be.

Yet here’s the amazing part, the one absolute I cannot shake: Jesus.

I don’t know as much about Jesus as I used to, but I know one thing for sure: He’s closer.

Okay, so I didn’t actually write this post but it was so good that I had to share it. I’m spending this morning reading some writings by Mike Yaconelli from Getting Fired for the Glory of God. Unfortunately I didn’t discover Mike until after he had already died in 2003, but his words have touched and inspired me more times than I can count. Mike was the kind of wild, messy youth minister that I would love to be. Read the article (written to youth ministers) and if it resonates watch the video clip below to get a peek at this crazy man who challenges and encourages me every time I hear him.

The Truth Shall Make You Odd
Mike Yaconelli

What characterizes Christianity in the modern world is its odd-ness. Christianity is home for people who are out of step, unfashionable, unconventional and counter-cultural. As Peter says, “strangers and aliens.”

I pastor the slowest growing church in America. We started twelve years ago with 90 members and have un-grown to 30. We’re about as far as you can get from a “user friendly” church-not because our congregation is unfriendly, but because our services are unpredictable, unpolished and inconsistent.

One Sunday morning, during the time for prayer requests, a member began describing the critical illness of her father. Because she was close to her father, her request for prayer was frequently interrupted by tears. Those around her reached out a hand or nodded with sadness. Some found their eyes filling with tears as well. The woman finished her request as best as she could.

Seated in the front row was Sadie-a young woman with Down’s syndrome. Sadie stood and walked up the aisle until she saw the woman in the middle of her row. Stepping over the feet of other people in the aisle, Sadie reached the woman, bent down on her knees, laid her head on the woman’s lap, and cried with her.

Sadie “inconvenienced” an entire row of people, stepped on their shoes, and forced them to make room for her . but none of us will ever forget that moment. Sadie is still teaching the rest of us what the odd compassion of Christ’s church looks like.

Someone said “you shall know the truth and the truth shall make you odd.” Whoever made that statement understood what it means to be a follower of Christ. Followers of Christ are odd. Oddness is important because it’s the quality that adds color, texture, variety, and beauty to the human condition. Christ doesn’t make us the same. What He does is affirm our differentness.

Oddness is important because the most dangerous word in Western culture is “sameness.” Sameness is a virus that infects members of industrialized nations and causes an allergic reaction to anyone who’s different. This virus affects the decision-making part of our brain, resulting in an obsession with making the identical choices that everyone else is making.

Sameness is a disease with disastrous consequences-differences are ignored, uniqueness is not listened to, our gifts are canceled out, and the place where life, passion, and joy reside are snuffed out.

Sameness is the result of sin. Sin does much more than infect us with lust and greed; it flattens the human race, franchises us, attempts to make us all homogeneous. Sameness is the cemetery where our distinctiveness dies. In a sea of sameness, no one has an identity.

But Christians do have an identity. Aliens! We’re the odd ones, the strange ones, the misfits, the outsiders, the incompatibles. Oddness is a gift of God that sits dormant until God’s spirit gives it life and shape. Oddness is the consequence of following the One who made us unique, different . and in His image!

May our youth ministries be the home of oddness, the place where differentness is encouraged, where sameness is considered a sin, so that the image of our holy and odd God will be lifted up for all to see. 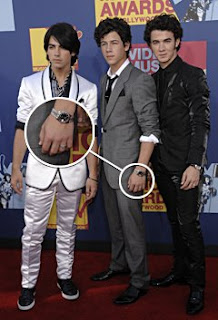 I had a particularly good Sunday morning with the youth today, so I thought I’d show my appreciation by posting a pic of the group that went to Centrifuge this year. It’s days like this that make me glad I’m a youth minister. (Don’t think I don’t occasionally have those days that make me consider running away and joining the circus.) 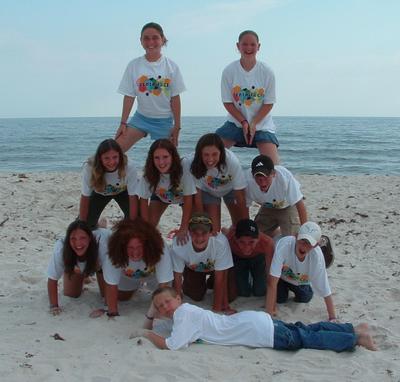